Learn how to subtract positive and negative integers.

Using a model: balloons and sandbags

We will be modeling subtracting with positive and negative numbers by talking about balloons and sand bags that are tied to a basket.

Imagine a basket tied to several little balloons floating in the clouds. How many balloons does it require to get a basket to float up into the sky? We don't know, but surely the number is rather large.

Also imagine, that the person in the basket doesn't want to float too high, since at very high altitudes there is no air to breathe. So, surely the basket must also have several sand bags tied to it, to prevent the basket from going too high. 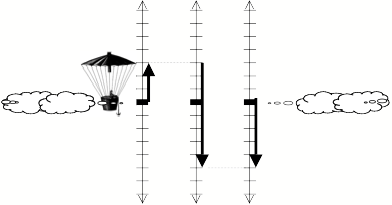 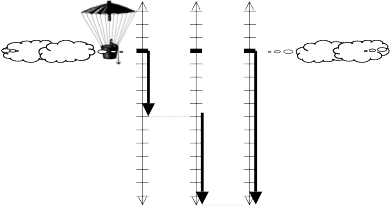 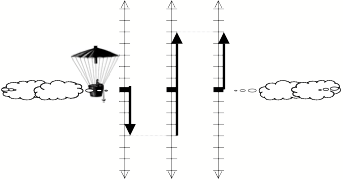 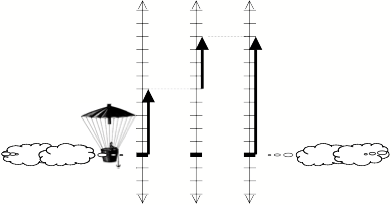 Finding the rules of subtraction

For each of the following examples we will draw the changes on number lines. Beneath the problem we will also record what changes actually occurred to the basket.

By looking at the four examples above, we can see a pattern that occurs in each of the examples:

In fact, the rule for subtracting positives and negatives is:

To subtract two integers: The first integers stays the same and add the opposite of the second integers.